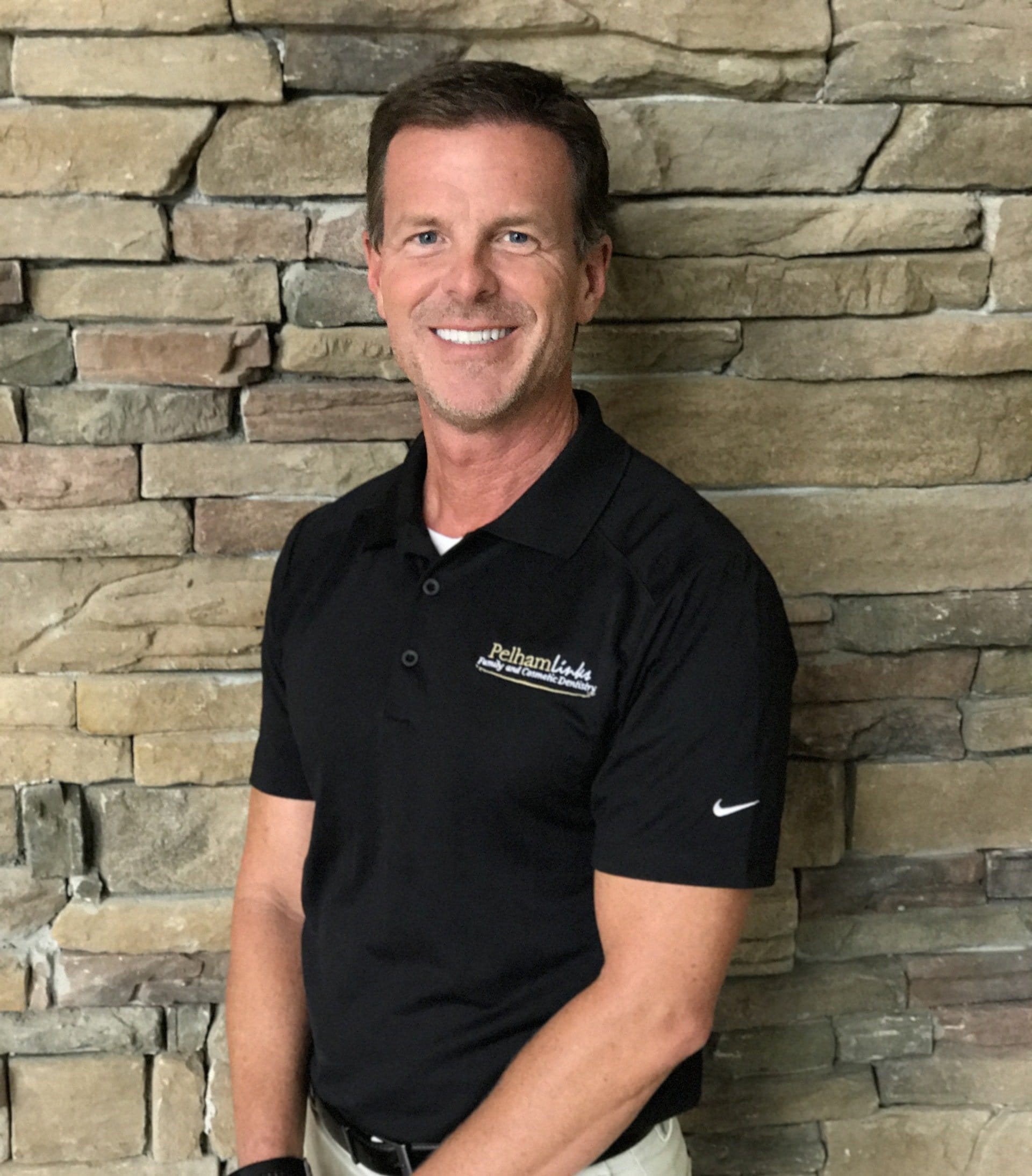 Kyle S. Greer is a native of Greenville, SC. He graduated from Clemson University in Microbiology in 1990. He then attended MUSC where he received his dental degree in 1994. He then completed a residency program in Advanced Education in General Dentistry located in Richmond.

Dr. Greer has been a partner at Pelham Links Family and Cosmetic Dentistry since 1996.

He enjoys many aspects of dentistry, especially those focusing on cosmetics and straightening.

Dr. Shannon Hudson was born in Lafayette, Indiana and grew up in Camden, South Carolina and southeastern Texas.

Dr. Hudson received his undergraduate education with a major in Zoology at Texas A&M from 1990-1991 and The Ohio State University from 1991-1993. He then attended The Ohio State University School of Dentistry and received his DDS in 1997 while receiving the distinguished award for Implantology from the International Congress of Oral Implantology. Dr. Hudson then attended Commission Officer Training in the United States Air Force at Maxwell Air Force Base in Montgomery, Alabama where he received the honor of distinguished graduate. He then went on to complete his residency in Advanced Education in General Dentistry (AEGD) at Wright Patterson Medical Center in Dayton, Ohio from 1997-1998. Dr. Hudson served as a Captain in the United States Air Force from 1997-2000.

In 2007 Dr. Hudson completed the year long Maxi Course in Implantology Residency at NYU in New York City. He is constantly increasing his knowledge by attending numerous continuing education courses to stay on the cutting edge of the latest advancements in dentistry. Dr Hudson joined the Pelham Links team in June 2000, where he has been a partner for 20 years. He is an active member of the ADA (American Dental Association), AAID (American Academy of Implant Dentistry), ICOI (International Congress of Oral Implantology)and the AGD (Academy of General Dentistry).

Dr. Hudson and his family currently live in Simpsonville, SC. He and his wife have been married for 25 years and they have 3 beautiful children. He is an active member at First Baptist Church of Simpsonville. He enjoys giving back to the community by donating time to the Greenville Free Medical Clinic, as well as helping lead international mission trips around the world including locations such as Honduras, Ecuador, South Central Mexico, and Costa Rica.

Dr. Hudson is an avid college football and basketball fan. He also enjoys singing with his church, working out and sports such as boating, fishing and golf. 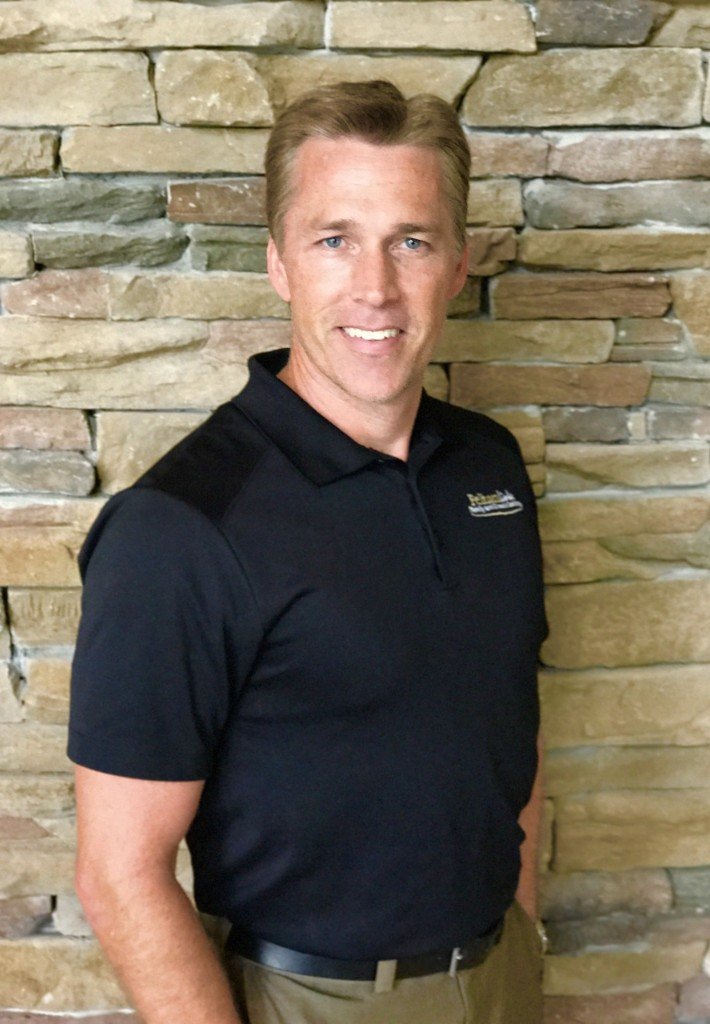 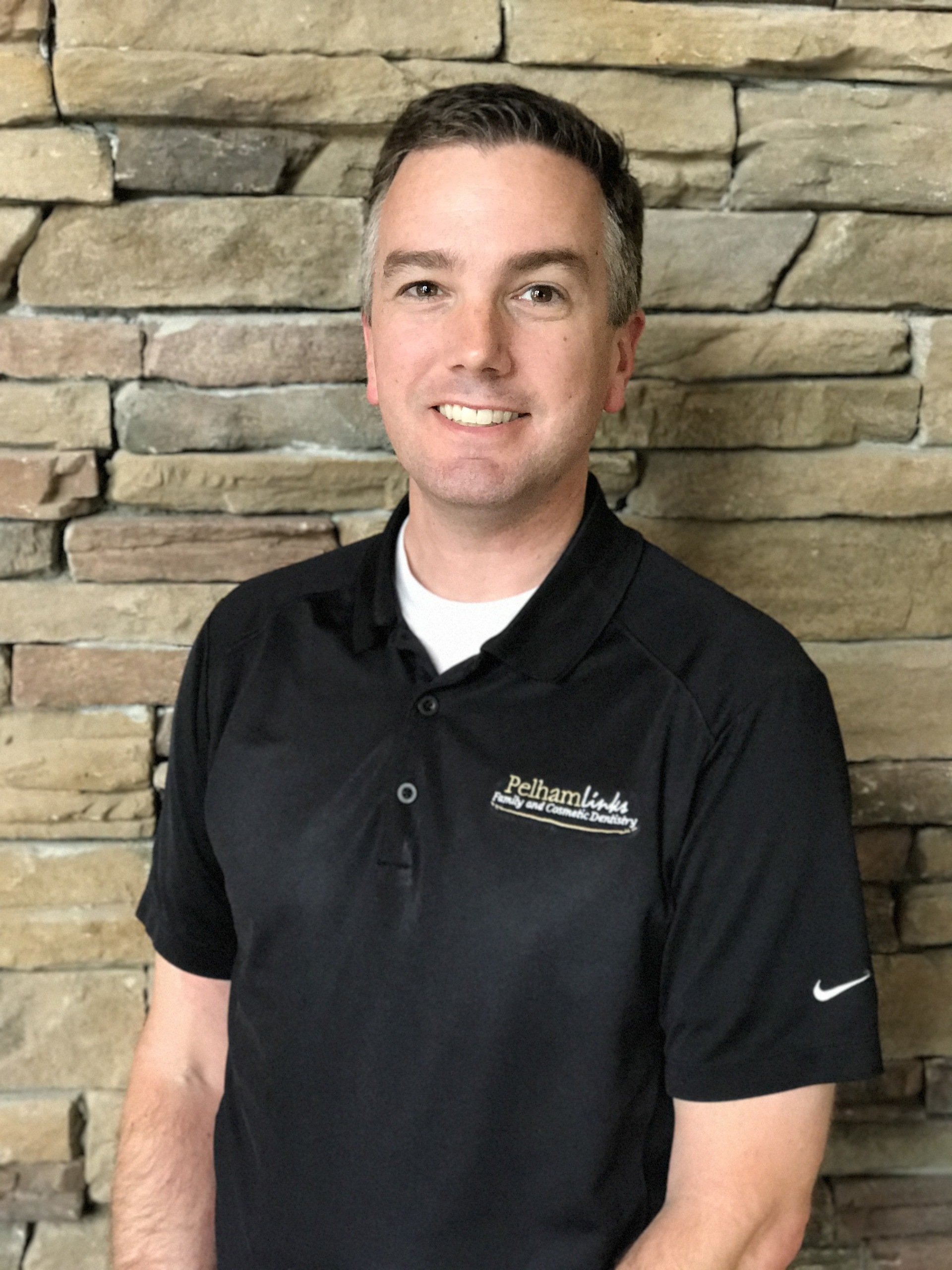 Dr. Powell was born in Greenville, SC. After receiving his undergraduate degree in Physics from Furman University, he married his high school sweetheart Suzie. They moved to North Carolina where he earned his dental degree from the University of North Carolina School of Dentistry and she trained to become a veterinarian at North Carolina State University.

Upon graduation in 2001 they moved back to Greenville and couldn't imagine a better place to live and raise a family. Dr. Powell has two daughters and there's usually a few male cats and dogs hanging around to make him feel not so outnumbered by girls. He is involved with his church, and attends several local dental study clubs.

He has finished the continuing education curriculum at the Dawson Institute for Advanced Dental Studies and enjoys being a student of the best profession on earth. Dr. Powell feels blessed coming to work everyday because of the great staff at Pelham Links and getting to help their wonderful patients improve and maintain their dental health. 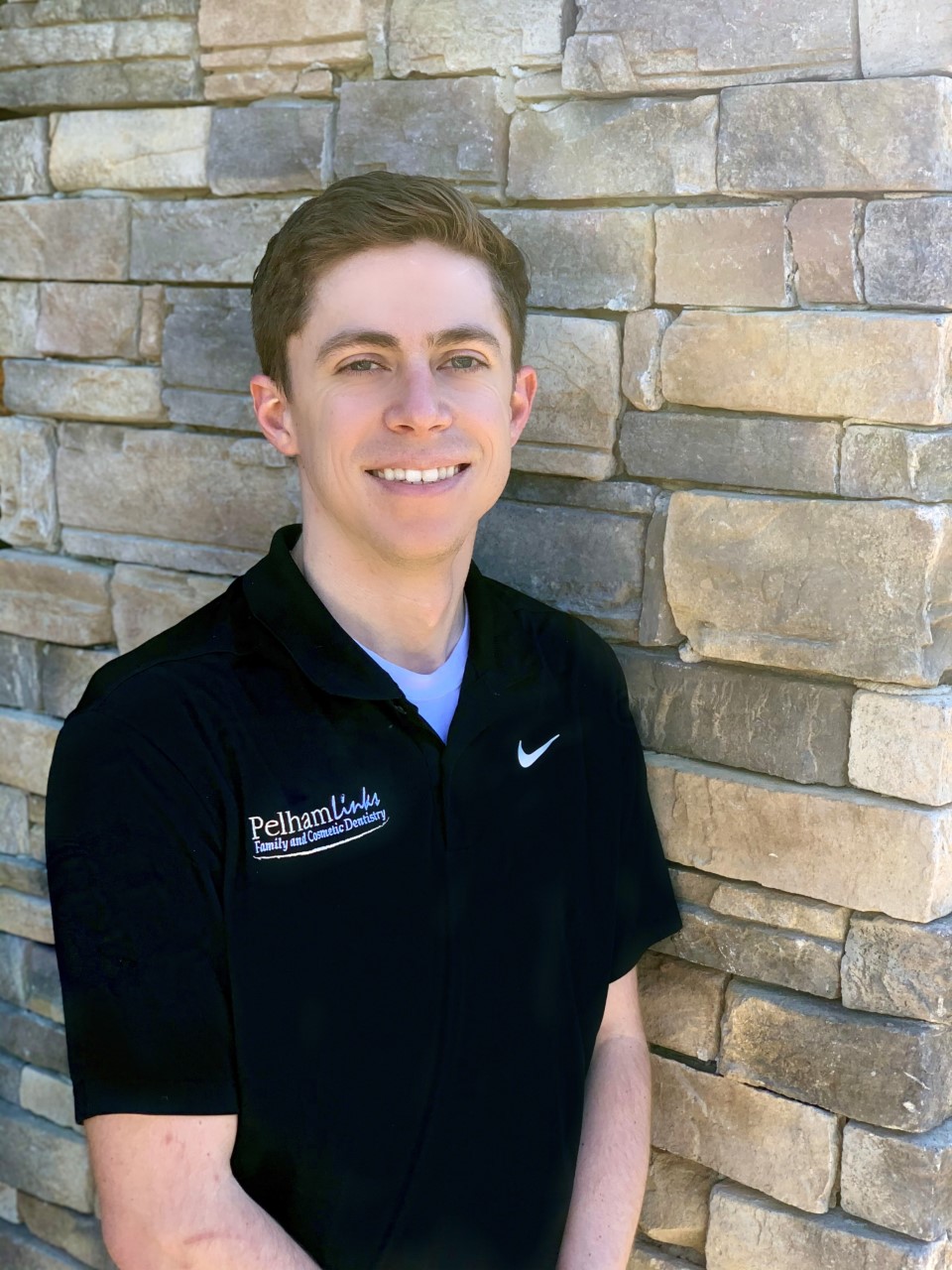 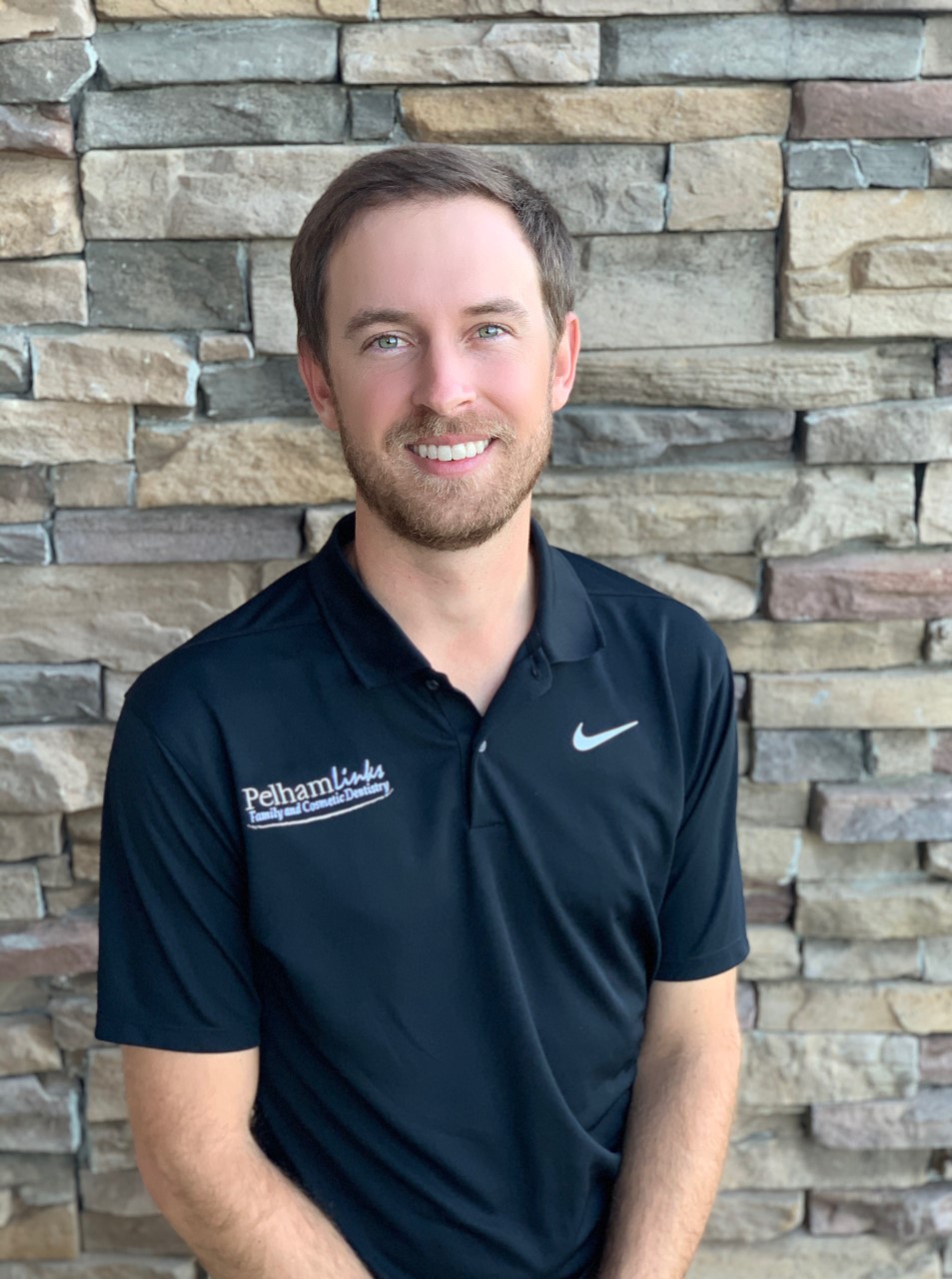